Now that temperatures have begun to creep downward, I’ve been reaching for the lotion bottle more frequently. And as I’ve gotten older I’ve becoming more and more aware of what it is that I put on my skin. I’m constantly on the lookout for natural skincare that won’t irritate my sensitive skin – which can be tricky during colder months where my skin fairly soaks up moisturizers. So when St.Ives asked me to test out their new Refresh & Revive Pear Nectar & Soy Body Lotion and body wash, I said of course!

St.Ives happens to be one of my favorite drugstore brands. Not only are they super affordable, but they always work well, and have the best scents. The Refresh & Revive Pear Nectar & Soy Body Lotion is no exception to that – it smells so good! I love the smell of pear (and the fruit itself) so it definitely was not a hard sell for me, haha! 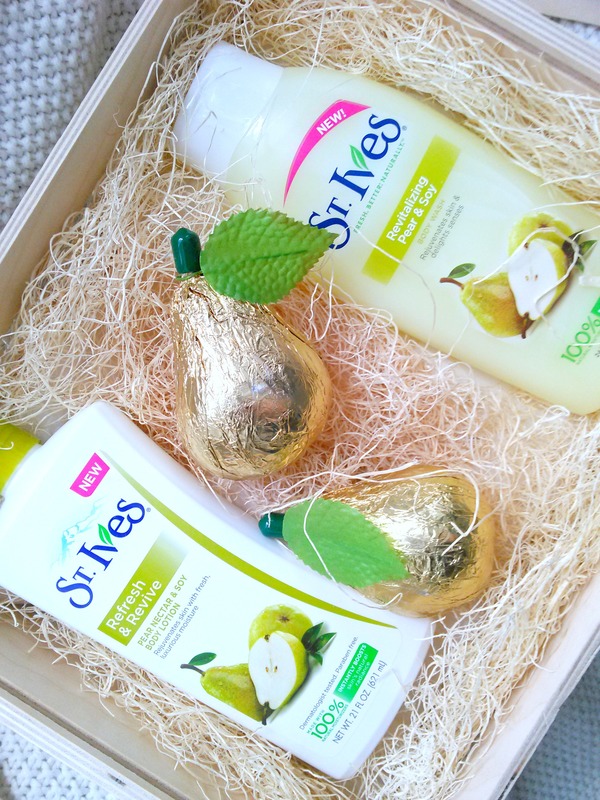 Both body wash and lotion are formulated to rejuvenate skin. They’re made with natural moisturizers, including pear extract and soy, which makes it suitable for sensitive skin like mine. It actually smells so good that everyone in my family have been working their way through the bottle I was sent – you can’t help but lather this lotion on. I’m not quite ready to ditch my summer shorts and skirts now that my skin has been feeling so great, soft, and moisturized! 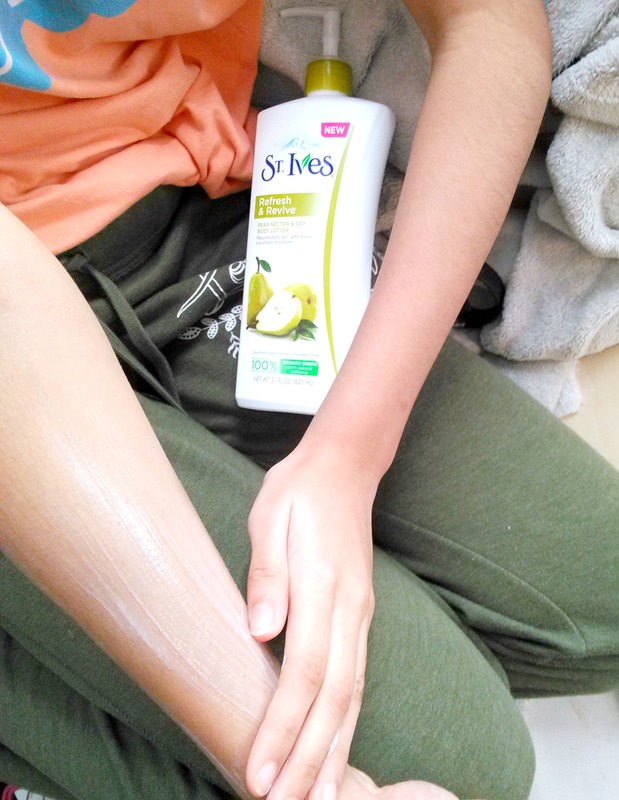 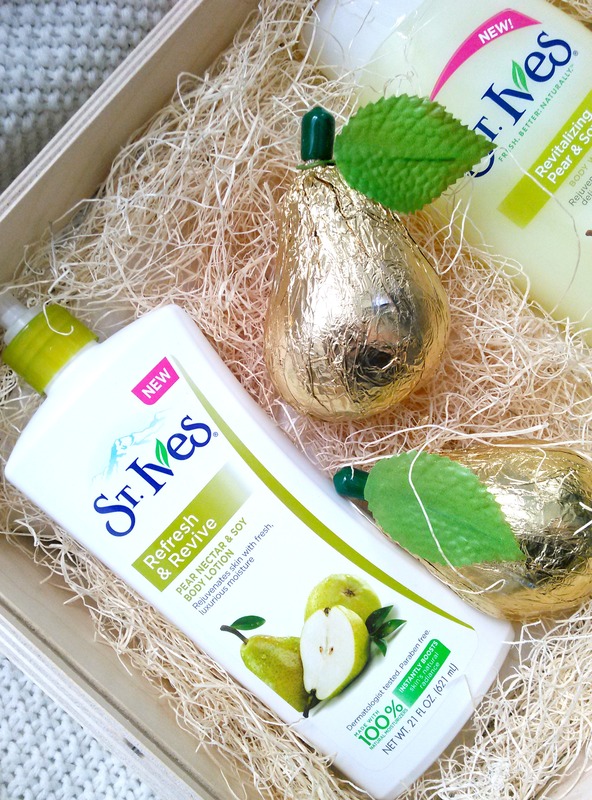 I keep mine by the couch, mostly because I like the idea of moisturizing while doing other things like watching a movie or having a cup of tea and a chat. I figured out the best way to make skin care a habit is by not adding it to my “to-do” list but rather make it something that occurs effortlessly and frequently – and I do that by keeping moisturizers I love, like this St.Ives Pear Nectar & Soy one, around my home. It also has really pretty packaging, so that’s a plus too!

This is a sponsored conversation written by me on behalf of St. Ives. The opinions and text are all mine.