This year has already started off with a bang for me! I recently was invited to attend a live taping of The View, and afterwards had a chance to chat with Food Network star and host of hit TV show Chopped – Ted Allen! 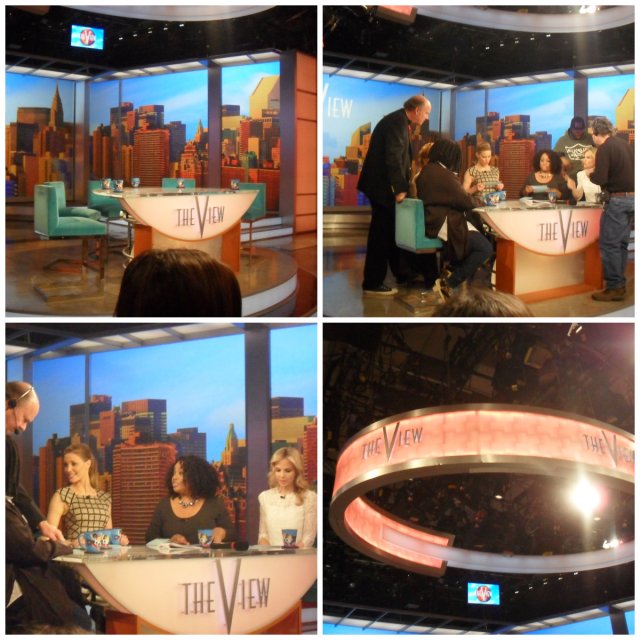 The show was co-hosted by Kadee Strickland (Private Practice)

It was so crazy and interesting to see how everything came together behind the scenes of the show. Because the show is live the set and props department have to be on their toes, moving the set around, hauling couches, and even a whole piano! The girls were so cool the whole time, not seeming to notice as props and makeup people buzzed around them.

The part of the show I liked the most was the Unilever cooking segment with Ted Allen, Sherri, and a special guest – who was actually an audience member who was selected to be featured on the show to commemorate “The Year of the Viewer”. They made a quick, easy, and healthier (thanks to I Can’t Believe it’s Not Butter!) version of Jalapeño Corn Bread- check it out here! 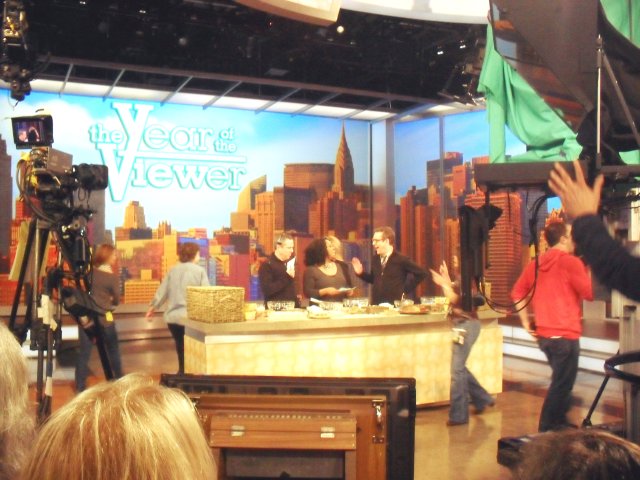 I also loved the performance by Andrea Bocelli and music producer Tom Ford – my grandma is such a big fan of Andrea Bocelli, I couldn’t wait to call her up and brag about seeing him perform live!

After the show my friend Cinny (from Whirlwind of Surprises) and I had a chance to chat with Ted, and take a couple more pictures. Ted was so genuinely nice and took the time to answer all of our questions.

One of the best things about being a Food Network star, according to Ted, is that whenever he has a cooking question he can always call up one of the other Food Network stars and ask them what to do! How cool is that?! I would totally take advantage of that if I were him – I can see myself in the middle of making an delectable eggplant parm and speed dialing Giada de Laurentis, “Giada, dear, how much mozz-ah-rell-ah is too much? And do you mind if I drop by the set of your show tomorrow, I’d love your opinion on this new olive oil blend I’ve been making at home?”

See, wouldn’t that be awesome?! Ted also revealed one of his favorite food is mustard (well, more of a condiment) – I’m a mustard connoisseur myself, so I can totally relate. The weirdest thing he’s ever seen on Chopped? Whole chicken in a can from Swanson. How long does it take to pull together a cookbook? Four and a half months, followed by over a week of chefs and food photographers destroying his kitchen to remake the recipes and properly photograph them.

Ted has partnered up with I Can’t Believe it’s Not Butter and created a number of yummy recipes, to check them all out click here!

* I attended a live taping of The View. All opinions presented here belong to The NYC Talon, and are not influenced in any way.